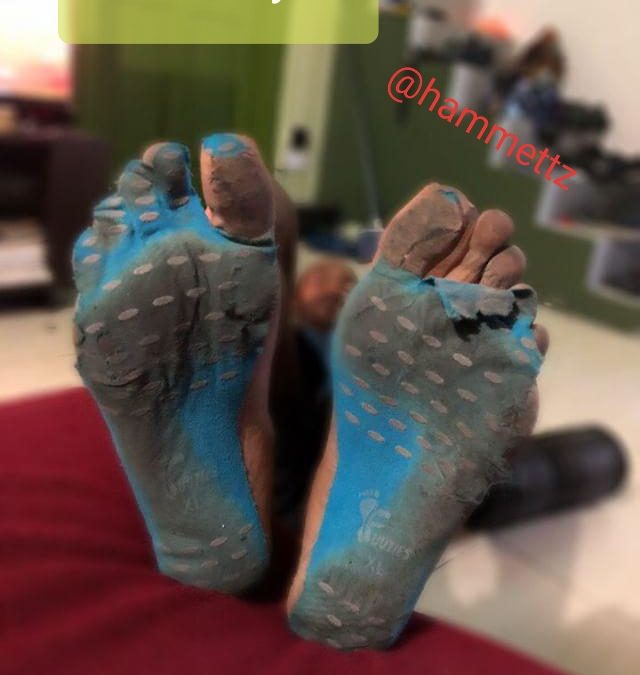 Wow!!  I’ve got to share this story as it unfolds.  But first a little background.. I reached out to Instagram user @hammettz one day because I saw that he was a barefoot runner.  I made a comment that he should try out some FuutiesTM for his next marathon and he responded!

Barefoot running came from the idea that many sports are performed without footwear. Some barefoot runners believe that it is better for their overall foot and back health to run without the assistance of shoes. The movement has really taken off in areas where extreme temperatures are less likely. Many people will walk, hike, play sports and run without shoes. Since the Fuuties lifestyle is very similar – we decided to ask a die-hard barefoot runner to try them out!

Running a Marathon with Fuuties Durability

Told him that I was joking and that FuutiesTM may not hold up to that abuse but he was serious!  So, sent him some samples to the Maldives for his next race.  See the picture for his first test with FuutiesTM on for a short 6k run!  Stay tuned for his review following the 40k race on Saturday.

You have Successfully Subscribed!

​​​​​​​ We respect your privacy and have ZERO TOLERANCE for spam.

Check Out Our BIGGEST SALE! Dismiss